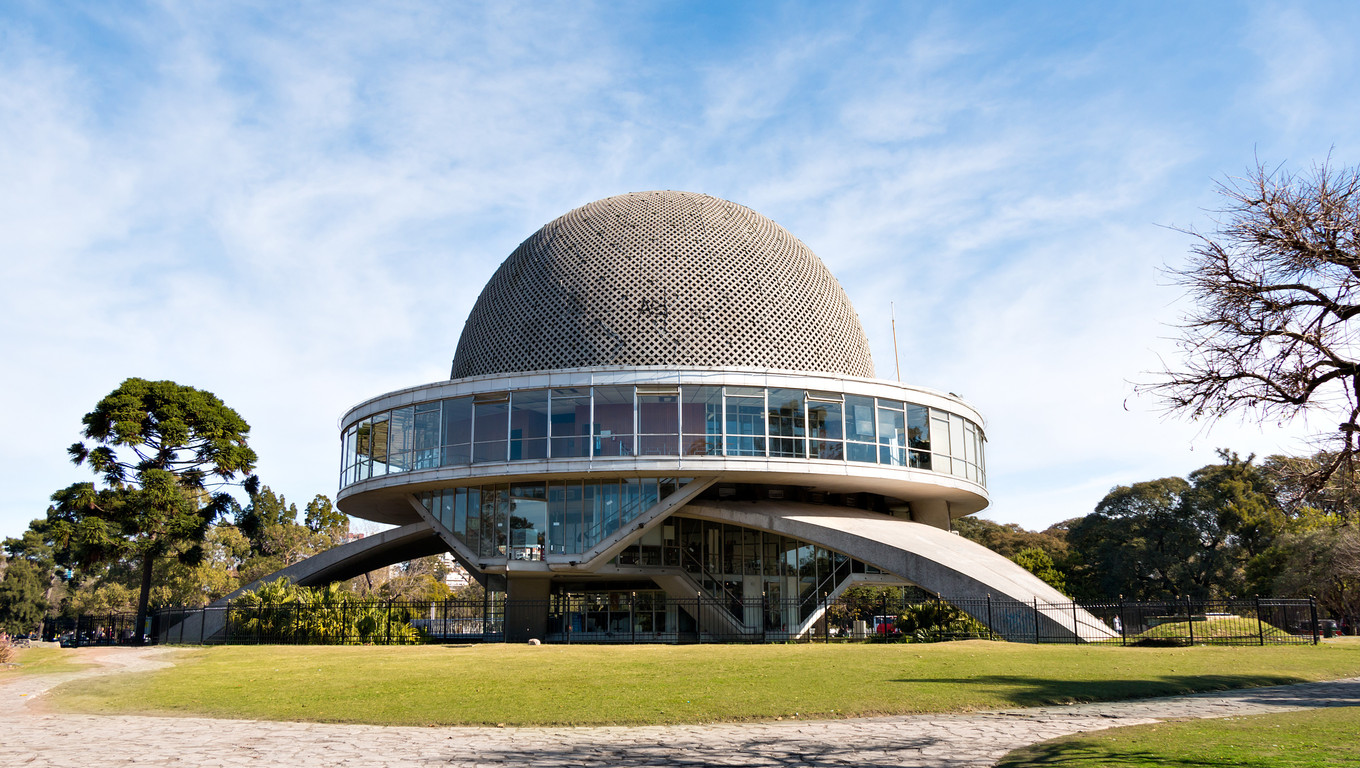 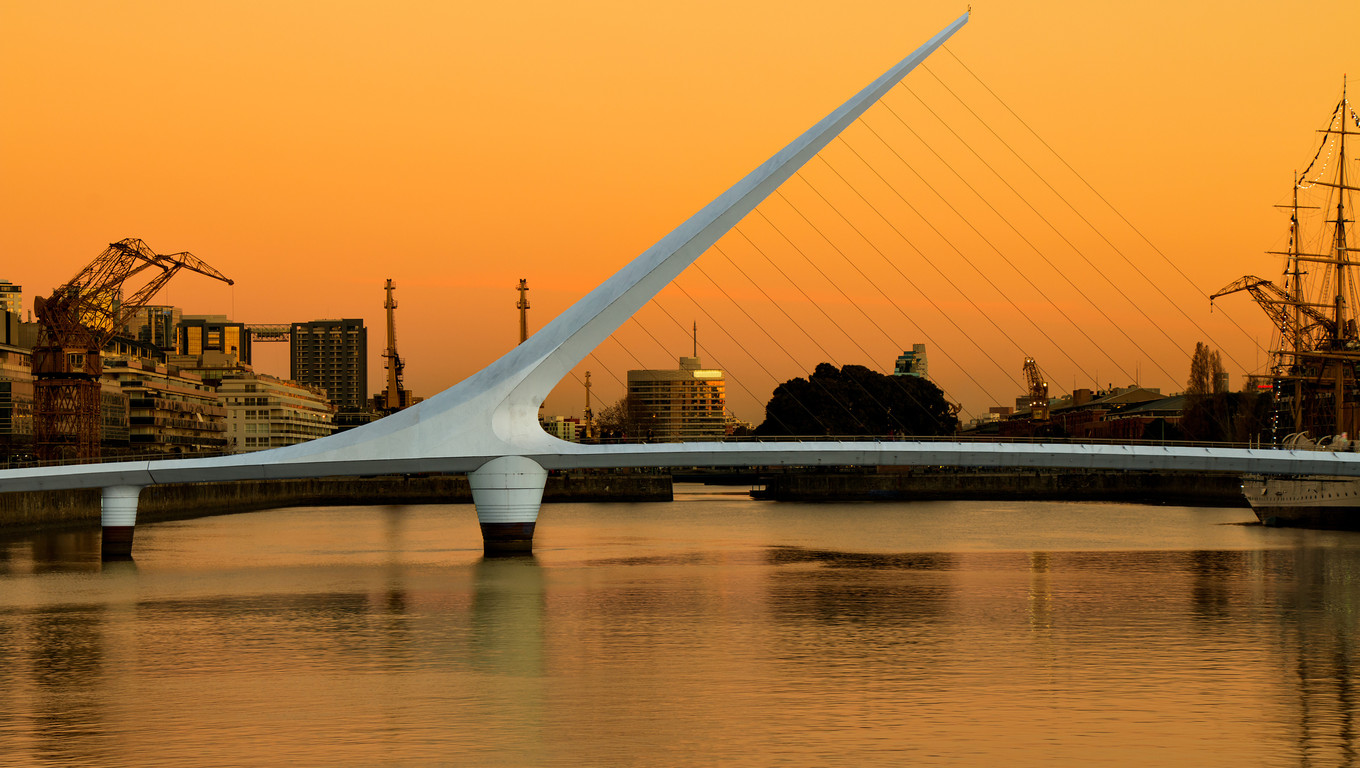 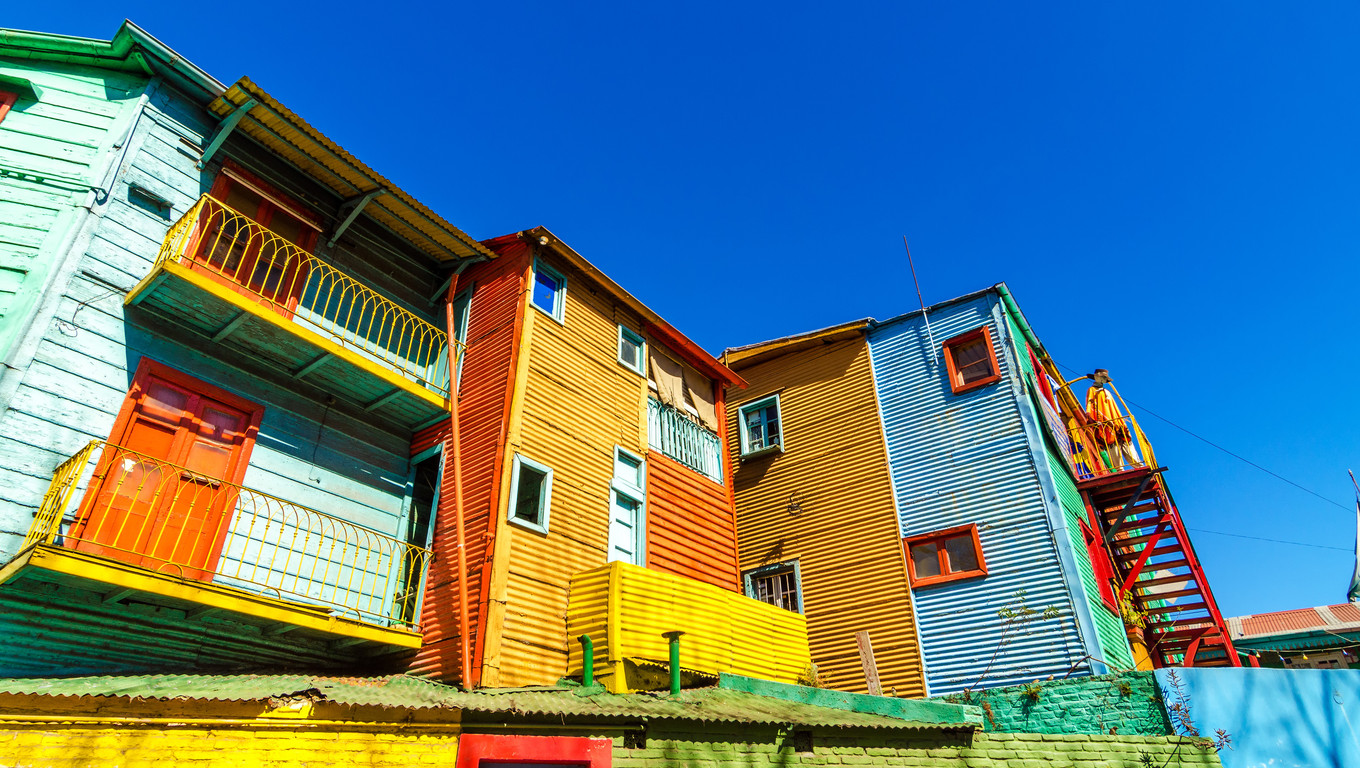 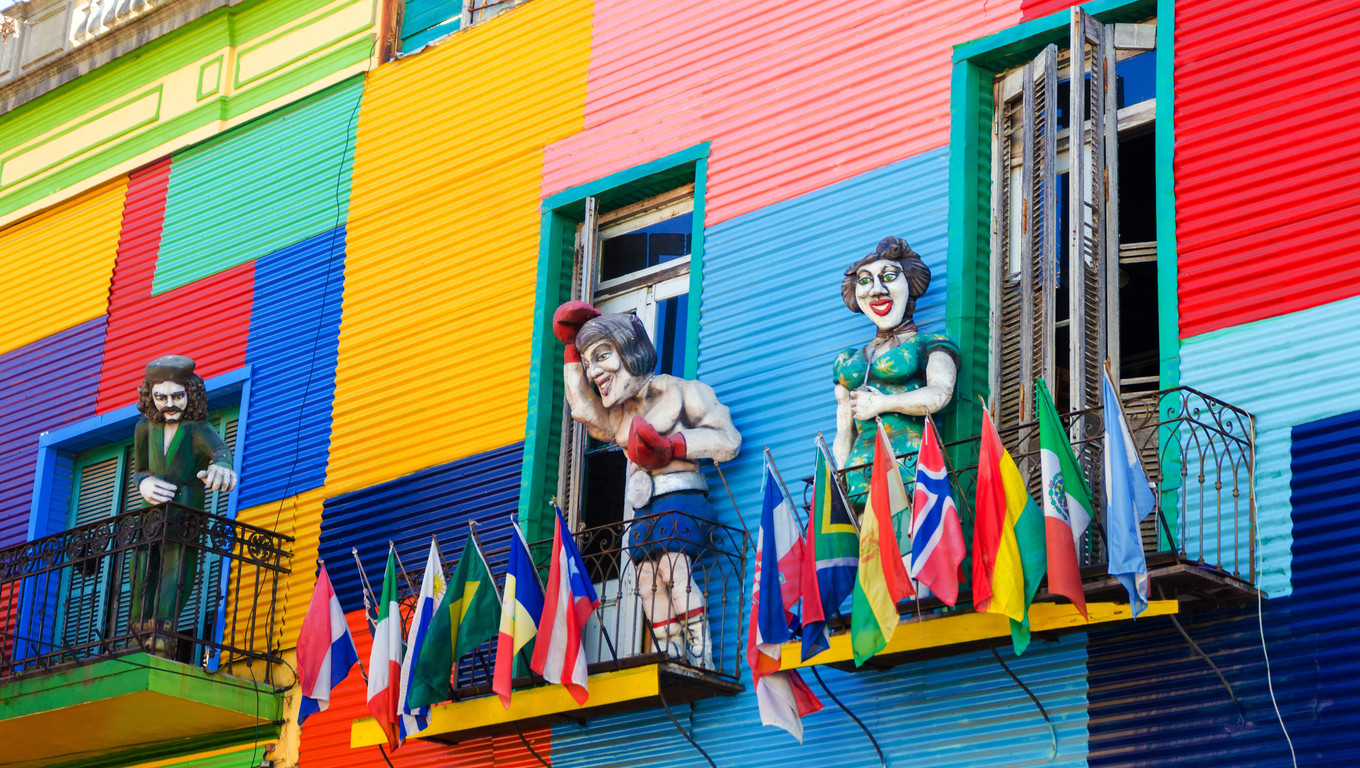 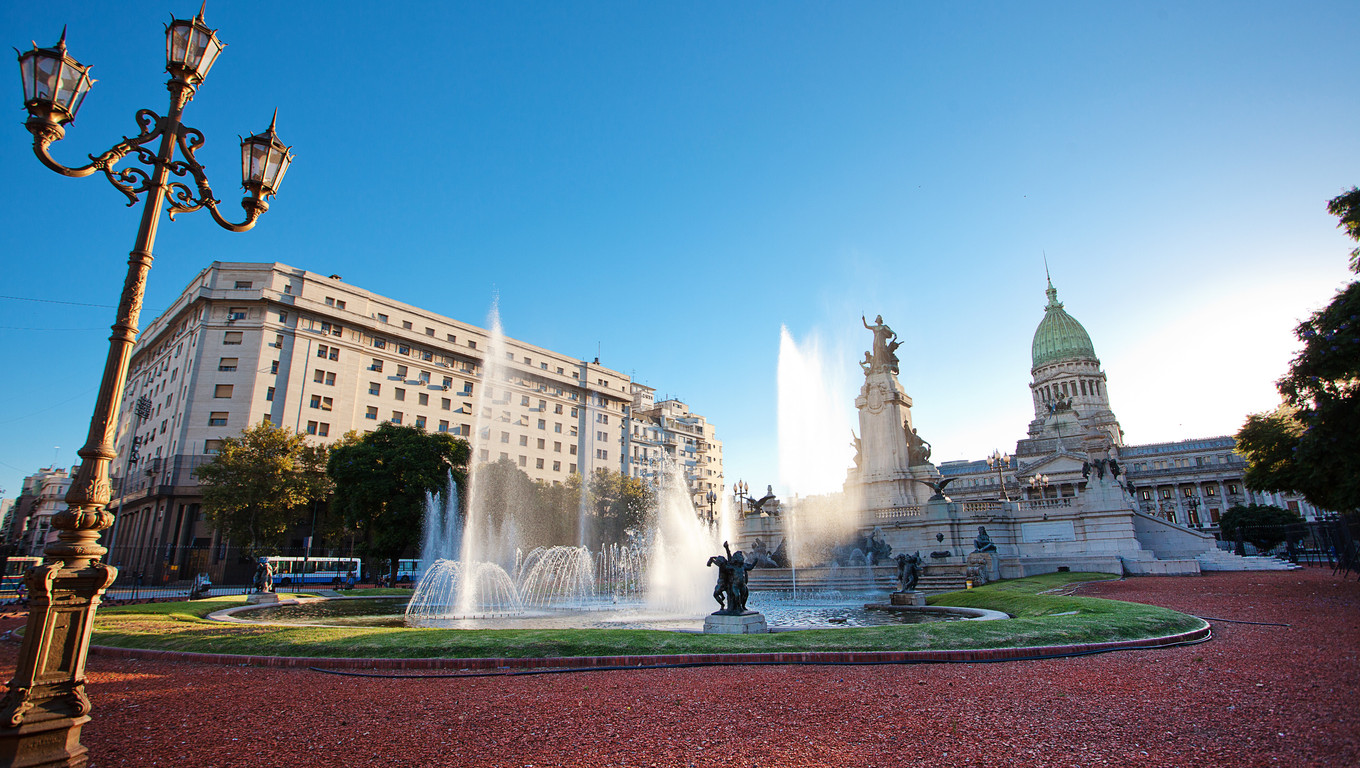 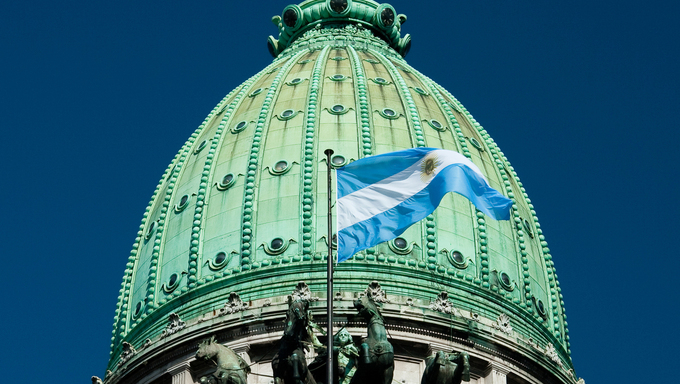 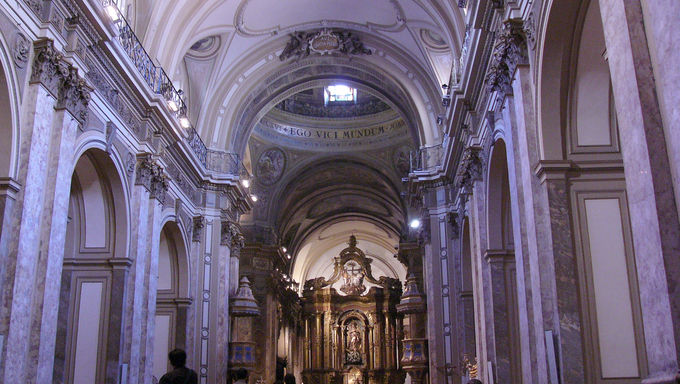 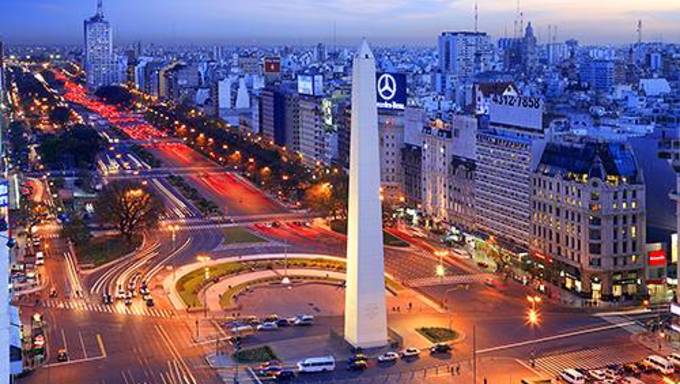 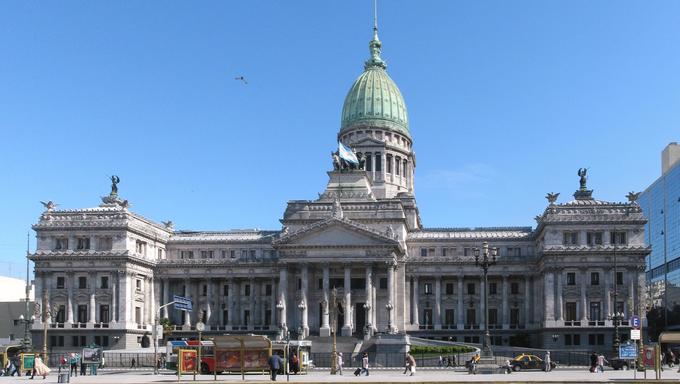 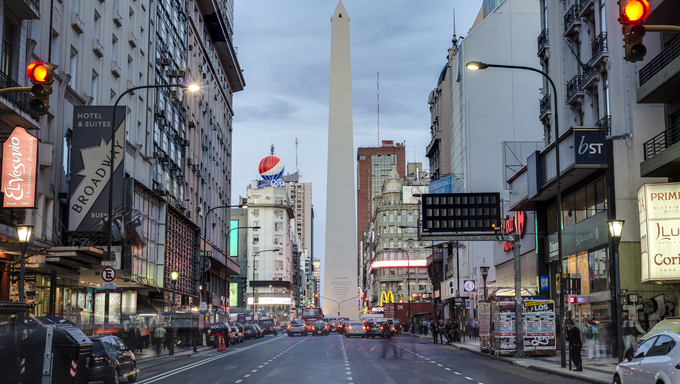 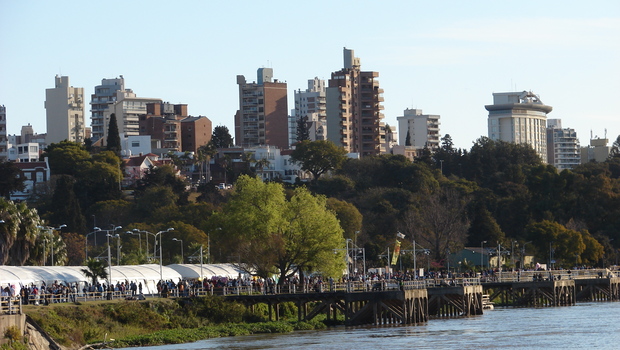 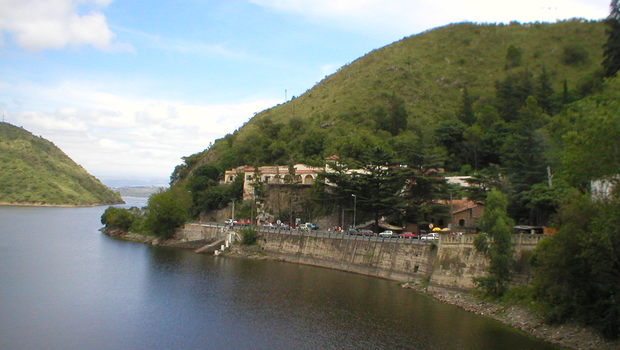 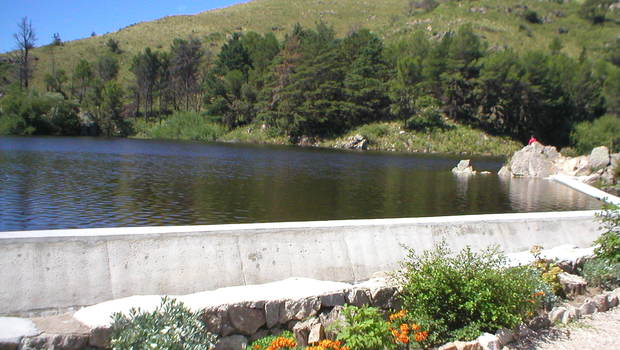 ARGENTINA Jan. 1, 2012: Est. population, 40,913,000; Members, 399,440; Stakes, 71; Wards, 480;
Branches, 343; Missions, 10; Districts, 36; Temples, 1, announced, 1; Percent LDS, .91, or one in 110; South America South Area.
Located on South America's eastern coast, the Republic of Argentina has a Spanish-speaking population that is 92 percent Roman Catholic, 2 percent Protestant, and 2 percent Jewish.
Latter-day Saints Wilhelm Friedrichs and Emil Hoppe and their families emigrated from Germany to Buenos Aires in the early 1920s, fleeing the economic uncertainties of postwar Europe. Friedrichs soon began publishing gospel messages in local newspapers andin1924asked the First Presidency to send missionaries to work among the Germans of Argentina.
Elders Melvin J. Ballard of the Quorum of the Twelve and Rulon S. Wells (who spoke German) and Rey L. Pratt(who spoke Spanish) of the First Council of the Seventy arrived in Buenos Aires on 6 December 1925to begin missionary workin South America. Sbc days later the first latter-day baptisms on that continent were performed in the Rio de la Plata for German immigrants Anna Kullick and her brother Ernst Biebersdorf, their respective spouses, and two young women.
On Christmas Day, Elder Ballard dedicated South America for the preaching of the gospel, prophesying that "the work will go forth slowly just as the oak grows from an acorn... [but] the South American Mission will become a power in the Church." During the next six months, the three General Authorities rented a building in which to hold meetings and distributed thousands of flyers announcing those meetings.
In July 1926, K. B. Reinhold Stoof arrived to replace Elder Ballard as president oftheSouth American Mission, and young elders from the United States soon began to arrive. During the nine years that President Stoof and his family resided in Argentina, missionaries established branches in Buenos Aires and other nearby cities and also launched the preaching of the gospel amongthe German immigrants of southern Brazil.
When the mission was divided in 1935 to form the Argentine and Brazilian missions, missionary work in Argentina was confined to Buenos Aires, home to some 200members of the Church. By that time converts had been made among working-class immigrants from a dozen European countries who were living on the outskirts of Buenos Aires. With the exception of one German branch in Buenos Aires, missionary work and church meetings were conducted in Spanish.
The first LDS chapel was dedicated in the Liniers area of Buenos Aires in April 1938, and branches were established in other major cities such as Quilmes, LaPlata, Rosario, Bahia Blanca, Cordoba and Mendoza. World War 11 interrupted missionary work, but the mission president and the local Saints kept the Church alive until missionaries could once more return to Argentina. By 1949 Church membership had reached 1,000 but the missionaries continued to provide much of the leadership for the 27 branches.
Following the Korean War, with an increased number of missionaries available, new fields of labor were opened, leading to the establishment of the North Argentine Mission in 1962. Membership growth accelerated as local leaders were called and missionaries could devote more of their time to teaching others. In addition, missionary work was launched in neighboring Chile in 1956, with those efforts being supervised by the Argentine Mission during the next three years. By the end of 1960 there were over 4,000 Latter-day Saints in Argentina.
The increasing maturity of the Church was marked in November 1966 by the organization of the first stake in Argentina (which was also the first Spanish-speaking stake in South America and only the second such stake in the Church), with 20 more stakes being established by the end of1980. By that time,there were five missions (two in Buenos Aires and others headquartered in Cordoba, Rosario, and Bahi'a Blanca) and nearly 50,000 Latter-day Saints in Argentina.
Argentina hosted two area conferences attended by President Spencer W. Kimball and other General Authorities in March 1975 and October 1978. Further progress came in1986 with the dedication of the Buenos Aires Argentina Temple. Since 1984 Buenos Aires has been the headquarters of the South America South Area.
By December 2000, when the Argentine Saints celebrated the 75th anniversary of the arrival of LDS missionaries in South America, their country was home to 300,000 members, many of them representing the second and third generations of their families in the Church.
In recent times o fhigh unemployment and political and social upheaval, Argentine Latter-day Saints have drawn upon the strength that comes from Church membership. Church leaders have prepared their people for such challenges by reemphasizing the basic principles of tithing, fast offerings and financial self-sufficiency. Many members planted vegetable gardens and learned to make or recondition clothing. But the Argentine Saints, showing the resilience that comes with their faith, have also reached out to the larger society in which they live, giving many thousands of hours of humanitarian and community service to those around them.
In 2003, membership reached 330, 349. In 2005, membership reached 348, 396. Deseret News 2013 Church News Almanac 423
On 9 Sept 2012, thousands of members gathered under blue skies for the rededication of the Buenos Aires Argentina Temple by President Henry B. Eyring, first counselor in the First Presidency. Tens oft housands more participated in meetinghouses across the country. The temple served as a spiritual haven for nearly a quarter century before it was closed in latter 2009 for major renovation to meet the demands of growing membership in the region. Two wings were added to the original building, dramatically increasing its size while paying respect to its original and distinctive design. 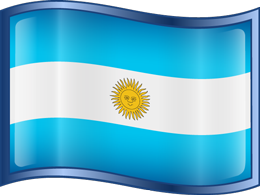 Over 41 million; 2.8 million in Buenos Aires